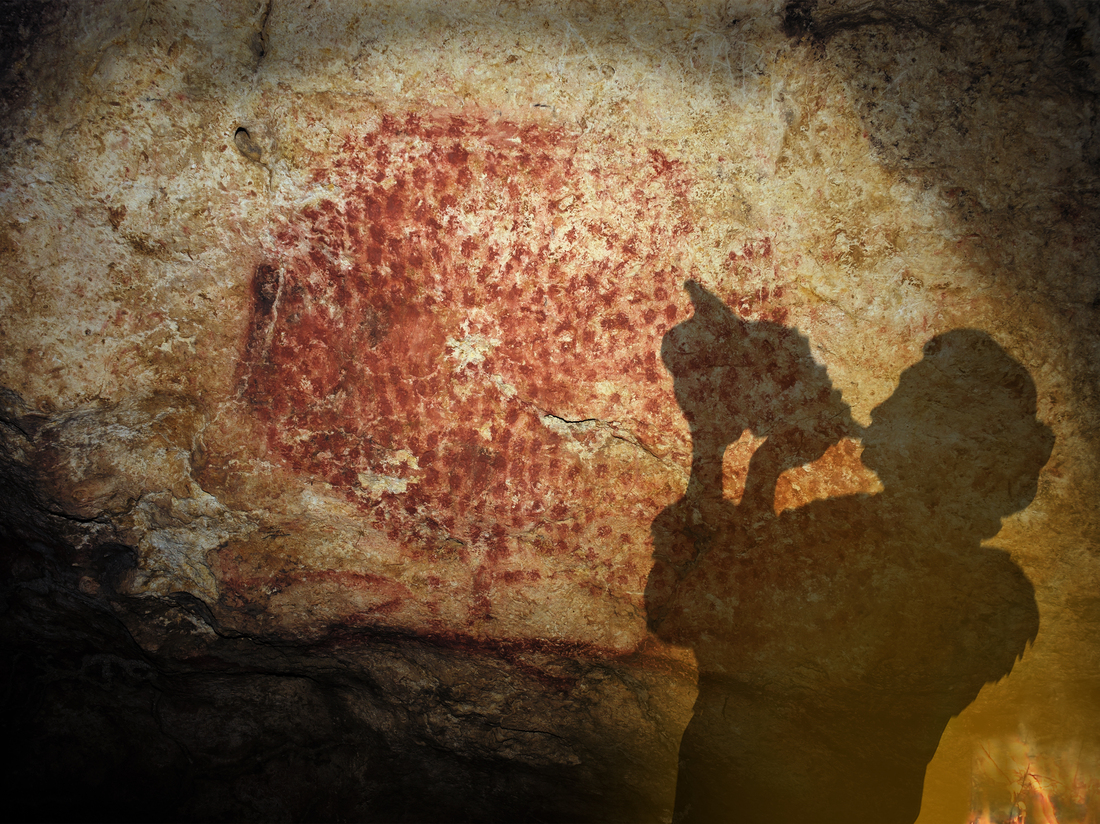 An artist’s rendition of the conch of Marsoulas being played in a cave where it was found by researchers in the early 20th Century. 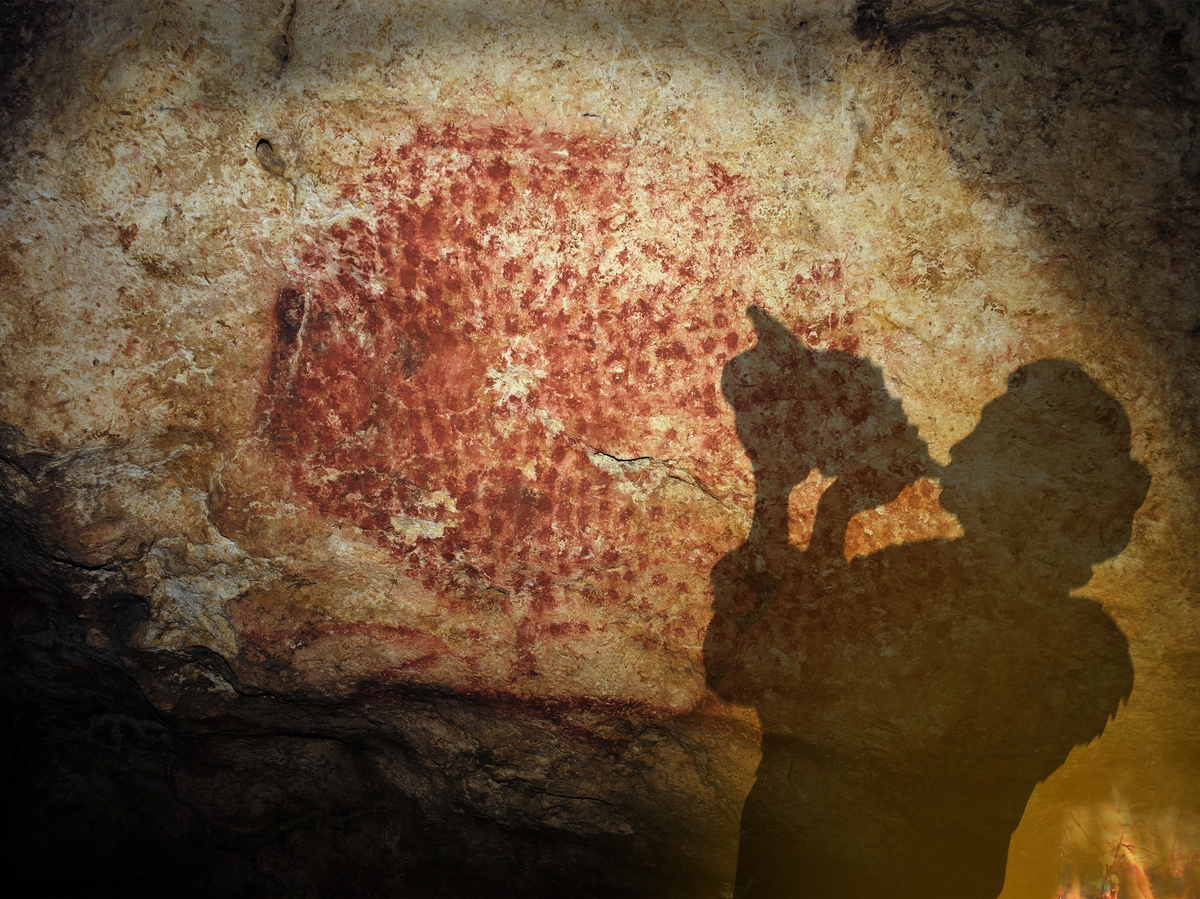 An artist’s rendition of the conch of Marsoulas being played in a cave where it was found by researchers in the early 20th Century.

A horn made from a conch shell over 17,000 years ago has blasted out musical notes for the first time in millennia.

Archaeologists originally found the seashell in 1931, in a French cave that contains prehistoric wall paintings. They speculated that the cave’s past occupants had used the shell as a ceremonial cup for shared drinks, and that a hole in its tip was just accidental damage.

But some researchers have now concluded something different–the shell, which has been sitting in a museum for decades, was actually modified in sophisticated ways that could help it produce music. The scientists share their high-tech analyses in the journal Science Advances.

What’s more, a musician who was invited to blow into the shell was able to produce three notes that were close in tone to today’s C, D, and C sharp.

Hearing those notes was a profound moment for Carole Fritz, a prehistoric art specialist who is a senior scientist with the French National Centre for Scientific Research (CNRS) and director of the Chauvet Cave Scientific Team at MSHS Toulouse.

“For me, it was a big emotion,” says Fritz. “A big emotion and a big stress.”

Stress, she says, because the musician was forcing air through a priceless piece of human history–so the team asked him to attempt only a few notes.

“It was just to test the possibility and we decided not to continue and to play music with it,” explains Philippe Walter, a chemist and senior research scientist at CNRS and director of the Laboratory of Molecular and Structural Archaeology at Sorbonne University. 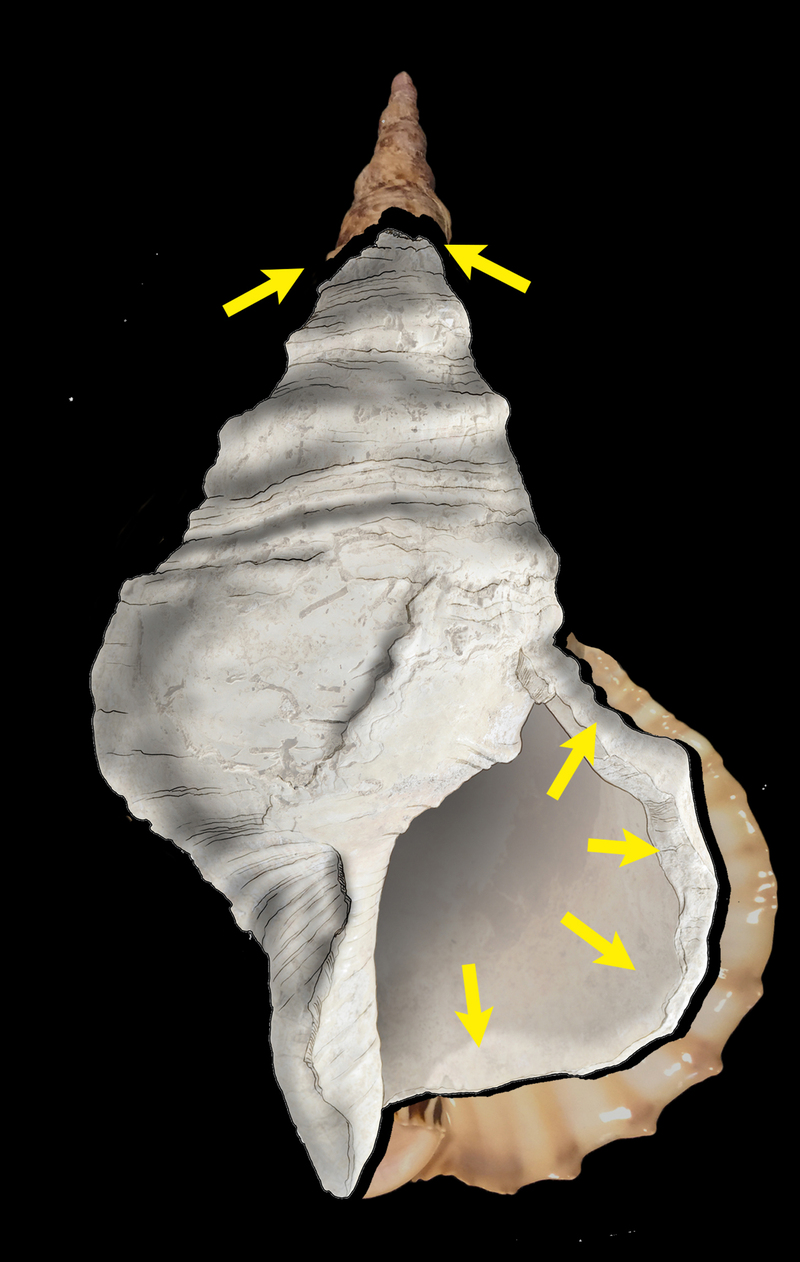 The Charonia shell bears the traces of important modifications of human origin. 1: elimination of the labrum (outer lip) by series of strokes. 2: opening of the apex by destruction of the first six spires.

This horn isn’t the oldest known musical instrument. Some flutes made from bird bones and mammoth tusks go back about 40,000 years. Still, the ancient conch shell is a unique find.

The pointy end of the shell was deliberately opened up, Fritz and her colleagues say, and they detected remnants of a brown substance that they believe could have been resin or wax used to affix a mouthpiece. A scan of the shell’s interior revealed that two holes had been drilled in spots that would allow a tube to come straight down from the mouthpiece to the inside.

The musician who played the shell horn, however, had to use it as it was, without a mouthpiece or tube. Plus, he didn’t play it in a cave—where the acoustics might have given the instrument an even deeper resonance.

It looks like the conch shell got decorated in the same way as the cave where it was found. A technique used to find traces of ancient pigment not visible to the naked eye determined that the inner surface of the shell’s wide-open mouth has red marks with rounded edges. “It reminds us of the red dots made with fingertips on the walls of the cave,” says Gilles Tosello, a prehistorian with the Research and Study Center for Prehistoric Art at MSHS Toulouse.

Muralists in the Marsoulas cave used this fingerprint pointillism to create images of animals like bison. Finding similar marks on the conch shell, says Tosello, makes this the first time that scientists have established a strong symbolic connection between cave paintings and music.

Other archaeologists say they’re convinced that this shell is a musical instrument.

“The research they did on the painting and pigments within the shell lead me to believe that, yeah, this is probably an instrument and was probably used to make music,” says Daniel Adler, a University of Connecticut archaeologist who has written about the deep history of music.

The earliest music was likely vocal, and “it doesn’t take much effort to start banging things together to make a rhythm,” says Adler. “In fact, daily life in the Stone Age, or Paleolithic, was accompanied by rhythmic sounds simply made by the production of stone tools.”

Instruments like drums or rattles made of perishable materials like leather or wood wouldn’t persist in the archaeological record, he says. That’s why the oldest surviving instruments are flutes made of hard materials like bone—and now, this conch shell horn. 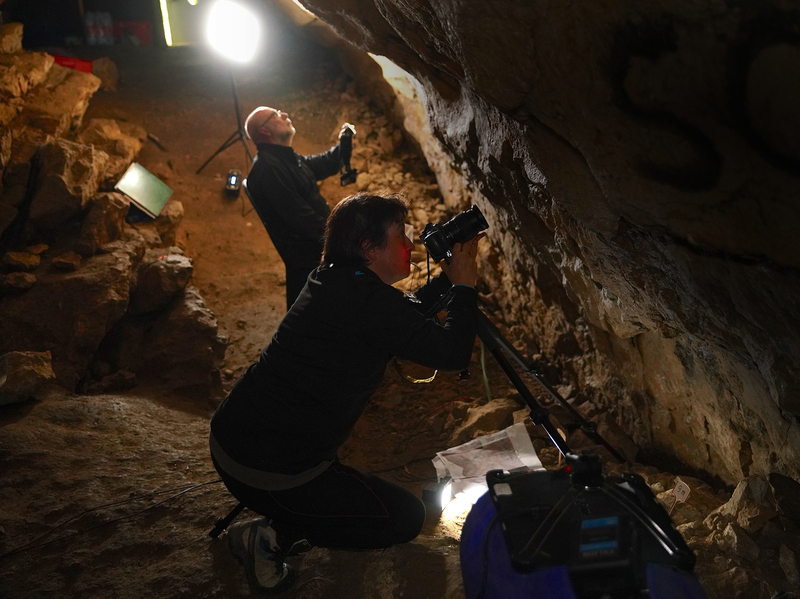 Researchers work in the cave where the conch shell was found. 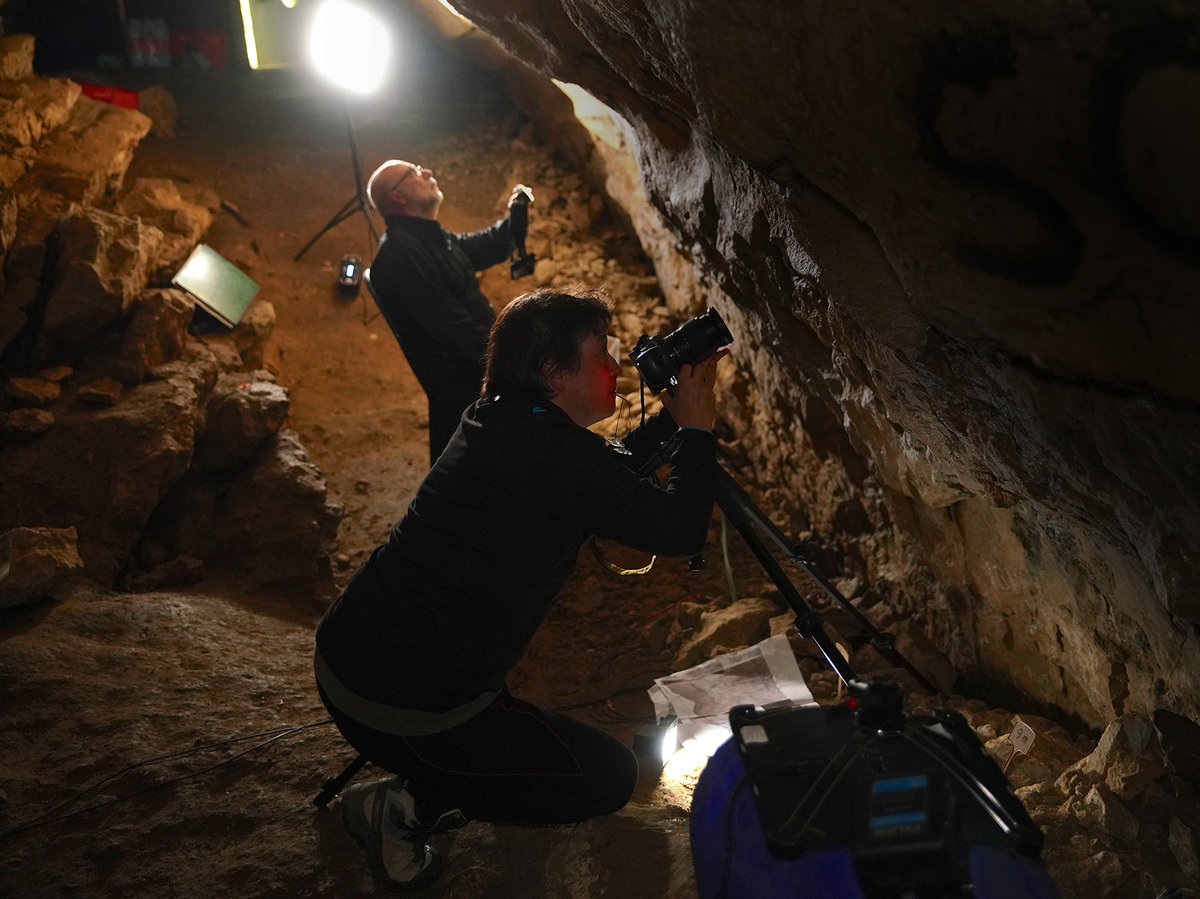 Researchers work in the cave where the conch shell was found.

“It’s an exceptional piece. It’s been brought many tens of kilometers from the sea to make it to the cave where it was discovered,” says Nicholas Conard, an archaeologist at the University of Tübingen in Germany known for his work on prehistoric flutes. “I think it was transported for a reason. I think it was modified for a reason. And I think we can be pretty sure that about 18,000 years ago it was used to play music in the caves.”

“I’m super happy about it,” Conard adds, “because it’s kind of lonely having all these flutes that we’ve got from our sites and there’s not too much to compare it to.”

Paleolithic music could have been part of rituals or ceremonies held within the caves. The scenes on painted walls, sacred music, and possibly plant-based drugs could have melded together into a heady experience designed to communicate important cultural memories or messages.

In the caves, “it’s often cold, it’s often dark, there’s water dripping, you have echoes, people have lamps made of stone with some animal fat burning, so there’s a flicker and smoke,” says Adler. “And if you can throw in a few psychedelics, even better.”