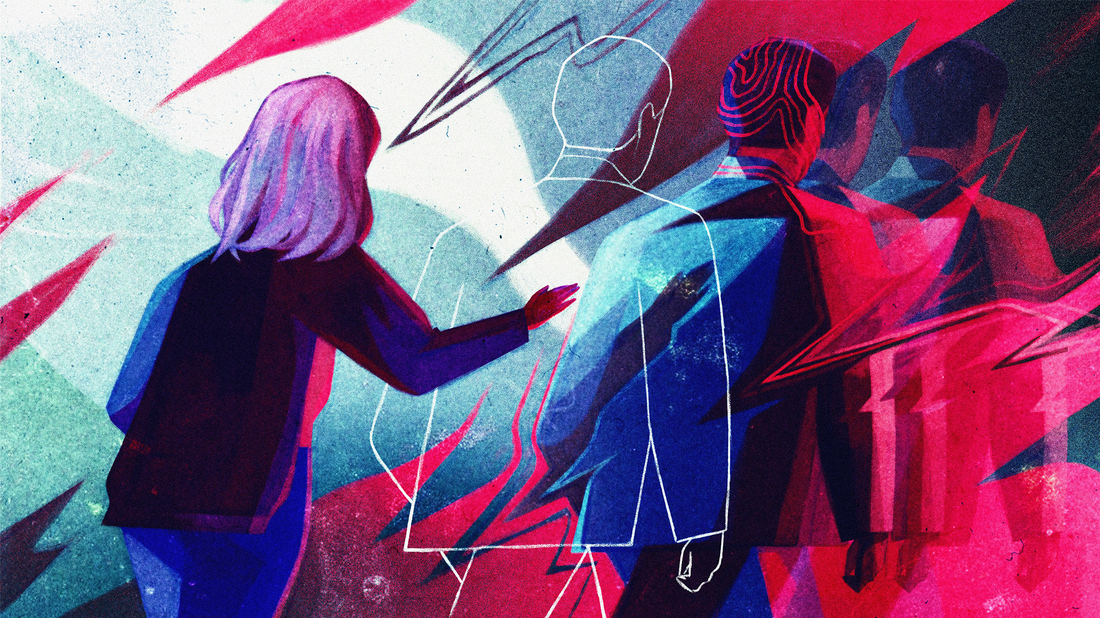 Many Americans are feeling like they’ve lost loved ones to a web of conspiracy theories and false information circulating online. 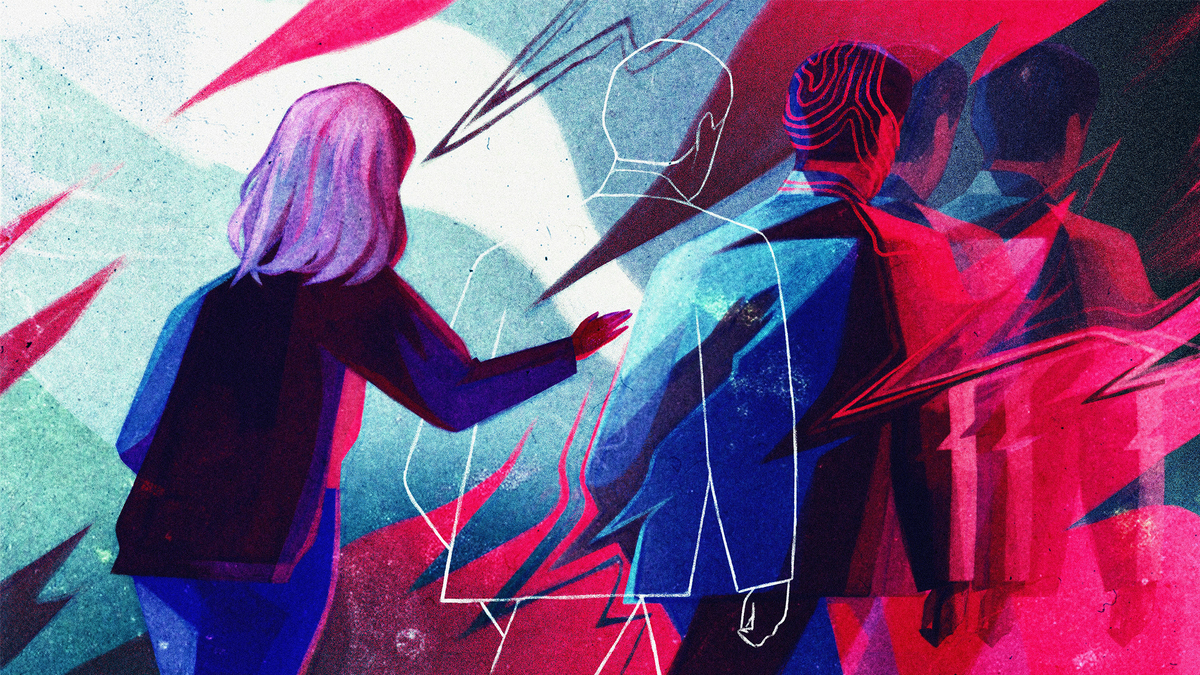 Many Americans are feeling like they’ve lost loved ones to a web of conspiracy theories and false information circulating online.

On Jan. 6, Hilary Izatt was watching TV when she began to worry.

“My husband and I are both political scientists; we’re kind of nerdy; we watch C-SPAN a lot,” Izatt says. “And when we were watching C-SPAN is when the rioters started breaking into the Capitol.”

Izatt, 39, is a doctoral student in political science at the University of Michigan. She says her dad, who lives in Utah, had told her he was traveling to Washington, D.C., to join the massive pro-Trump rally planned for that day.

What she saw unfolding on the screen scared her.

“I was mostly worried for his safety and I texted him and he got back to me and he just said, ‘Don’t believe everything you’re watching on TV,’ ” she says. “So I don’t believe like C-SPAN? I’m not sure what he meant by that.”

“But it was this realization that I think we’re coming from two very different realities.”

Izatt’s father declined to comment, but Izatt says she believes he was not among the group that stormed the Capitol. Still, she’s uncomfortable with the idea that he was there that day at all.

Like Izatt, many Americans are feeling like they’ve lost loved ones to a web of conspiracy theories and false information circulating online. A recent NPR/PBS News Hour/Marist poll, for example, found that only 1 in 5 Republicans accept Biden’s victory.

“Beliefs are real in their consequences,” says James Hawdon, director of the Center for Peace Studies and Violence Prevention at Virginia Tech.

He says the widespread acceptance of disinformation is not only divisive, but also dangerous for the country.

“We act on our beliefs. If you truly believe the country is under attack … if this, of course, is not true … obviously it poses a threat,” Hawdon says.

People often latch onto pieces of misinformation that align with their world view, and gradually begin to accept even bigger lies, he says.

“You can get people to step, take small steps off the path of truth or reality or whatever you want to call it, more easily than taking a big leap,” Hawdon says. “But once you’ve gone several yards off that path, then the big leap’s pretty easy to make.”

Those ideas often are appealing because they validate part of a person’s belief system or identity, Hawdon says, and they’re difficult to shake.

Dennis, a retiree from Maryland — who asked that we use only his first name for fear of his safety in the current climate — has grown increasingly worried about his daughter’s embrace of false ideas about the election.

“She’s talked about the election being stolen and I’ve pushed back on that – you know, the standard, ‘Where’s your proof? And how do you suppose this happened?’ ” Dennis says.

His daughter, Paula, lives near Baltimore and works as an office manager. In an interview with NPR, she says her father told her she was “in La-La Land, but I really don’t feel that I am.”

Paula says she’s been a conservative all of her life. She says she distrusts elected officials and cannot believe Biden won — despite what many courts and elections have repeatedly confirmed — and regardless of what her dad said about her grasp of reality.

“I was a little bit irritated, but my response is, ‘Well, I’m there with 70 million other people, then,’ ” she says.

Getting to the root cause

Hawdon, the violence prevention researcher at Virginia Tech, says one long-term solution could involve better education in data literacy to help young people learn how to sort through fact and fiction. In the short term, if a loved one is spouting misinformation, he advises pushing back kindly — and trying to understand what led to that belief.

“I don’t really believe people started off believing that there are pedophile rings under a pizza place,” he says. “Something got them down that rabbit hole and you have to understand what that root cause is.”

Just as people often take small steps toward conspiracy theories, Hawdon says, they may need to gradually move away from them, too.

Deen Freelon, a journalism professor at the University of North Carolina at Chapel Hill specializing in politics and digital media, says a heavier hand is necessary in some situations.

“People don’t understand that they have a problem,” Freelon says. “A light touch is really not going to do it here; we really have to pull out all the stops because we’ve seen what happens when we don’t.”

Freelon says that may mean withholding contact for a while, or prohibiting grandparents who are condoning insurrection from spending time with grandchildren.

“People lost their lives,” he says. “So this is really serious.”

Hilary Izatt says she’s unsure how to talk to her dad, but she anticipates some tough conversations.

“I think a lot of Americans are being forced to figure out what side they’re on. Are you crouching in the Capitol hiding from rioters, or are you rioting the Capitol?” she says. “And I think that means it’s gonna change a little bit the dynamic with my own family.”

“I think a lot of these crazy ideas are a product of the time, and having national leadership normalize crazy ideas makes people more likely to accept them,” she says.

It will take time, Bruckman says, but she’s hopeful that, little by little, Americans will reject disinformation.