Hello Nature readers, would you like to get this Briefing in your inbox free every day? Sign up here

Humboldt squid (Dosidicus gigas) greet each other by turning on their internal bioluminescent organs. Researchers analysed hours of footage of roving groups of gregarious Humboldts and found that they sent signals to each other by combining bioluminescence and skin pigments — and dimmed the light show when pursuing prey.

Seawater has advanced by more than 5 kilometres under Antarctica’s Denman Glacier between 1996 and 2018. Satellite data from the Italian Space Agency show that the glacier rests on a trough extending to 3.5 kilometres below sea level — the deepest land canyon on Earth — and holds enough ice to raise global sea levels by 1.5 metres. The study found it to be at risk of irreversible retreat. “If I have to look at East Antarctica as a whole, this is the most vulnerable spot in the area,” says geoscientist Virginia Brancato. 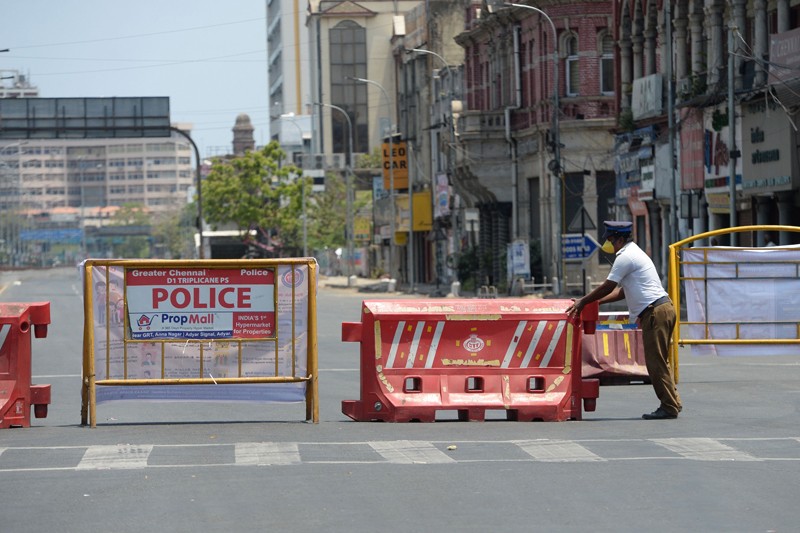 • India has commenced a 21-day lockdown, after prime minister Narendra Modi ordered the country’s 1.3 billion residents to remain in their homes from midnight last night. With the world’s second largest population, the scale of India’s lockdown will dwarf other nations. Currently, the country has roughly 500 reported cases, and 9 reported deaths, with many infections probably going undetected. (Nature | Continuously updated)

• An epidemiological analysis of Lombardy, the epicentre of the outbreak in Italy, reveals that the first onset of symptoms in the country occurred weeks before the disease was reported there on 20 February. The preprint article, which has not yet been peer-reviewed, looks at nearly 6,000 laboratory-confirmed cases. The advice from infectious-disease modeller Michele Tizzoni: “Be prepared. Even if you don’t see much.” (Nature | Continuously updated)

• Hospitals in New York City — now the US epicentre of the outbreak — will start treating COVID-19 patients with the blood of people who have recovered from the disease. Researchers hope the antibody-laden blood might reduce severe infections, and ease the burden on hospitals. A big advantage of the blood is that it’s available now and relatively safe, if it is screened for infections. China tried treating some patients with plasma from recovered patients, but results of its effectiveness are preliminary so far. (Nature | 7 min read)

• Last week, NASA halted work on the world’s most expensive telescope — the US$8.8-billion James Webb Space Telescope. The outbreak also threatens to delay the agency’s goal to send astronauts back to the Moon, and possibly a major mission to Mars this July. (Nature | 4 min read)

Science also has something to teach us about living with uncertainty, argues biochemist Darren Saunders. (The Conversation)

Universities are closing worldwide, forcing instructors to turn to remote teaching. Lecturers who have already tackled the challenge offer their advice on how to embrace the digital classroom. Mathematician Leonardo Rolla’s top tip: seek constant feedback from students. “I am the director of this movie,” he says, “but we are all in this together.”

Building a practical quantum computer — one that could solve intractable problems such as designing optimal batteries or predicting how certain proteins fold — will require a number of engineering feats, says quantum-computing system architect Richard Versluis. It will require sophisticated non-quantum systems to keep the quantum layer running correctly without actually observing its delicate quantum states, which would cause the computation to fail. “Controlling a quantum computer is a lot like solving a Rubik’s Cube blindfolded,” says Versluis.

Quote of the day

Nature is determined to support research and — where we can — to help find a way out, says an editorial. (Nature)

If you’re feeling a wee bit stressed, Doctor Who has a special message just for you. Let me know where or when you’d set the destination of your Tardis — and any other feedback on this newsletter — at briefing@nature.com. And if you’re feeling a LOT stressed, you have my most heartfelt best wishes.

p.s. Don’t forget we’re giving away a framed Quirks of Nature cartoon: Enter here for a chance to win a print featuring the poetry stylings of a ‘haemato-poetic’ stem cell.

An essential round-up of science news, opinion and analysis, delivered to your inbox every weekday.