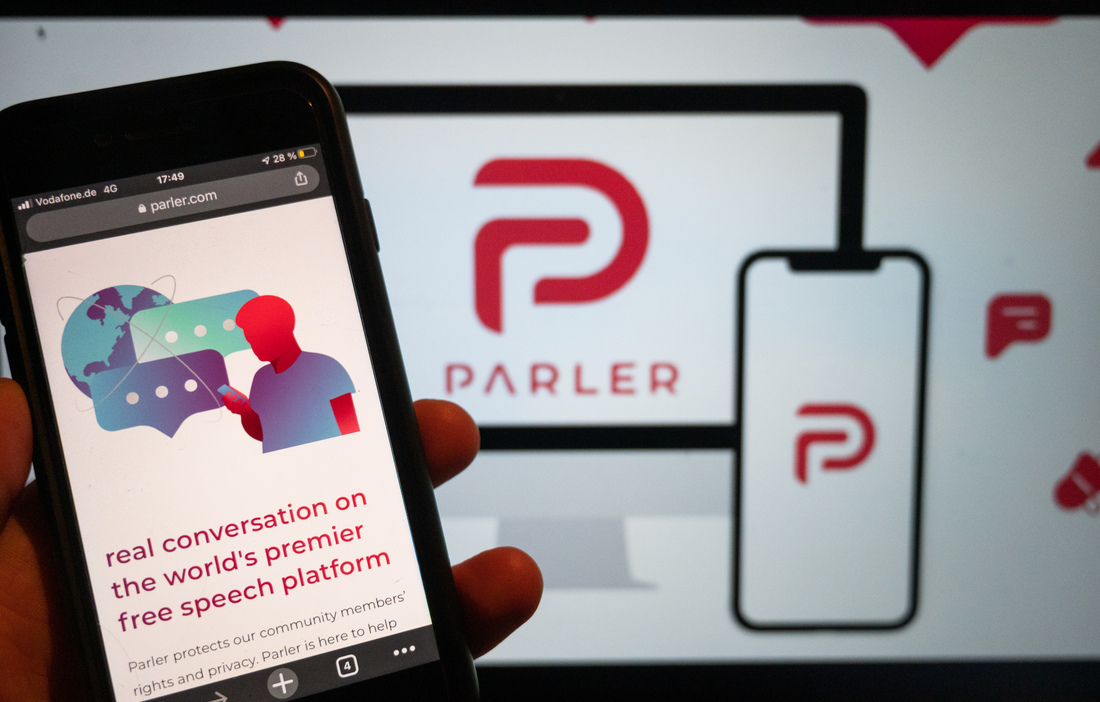 When former Parler CEO John Matze was fired from the company, he was stripped of all of his company shares, according to people familiar with his exit. 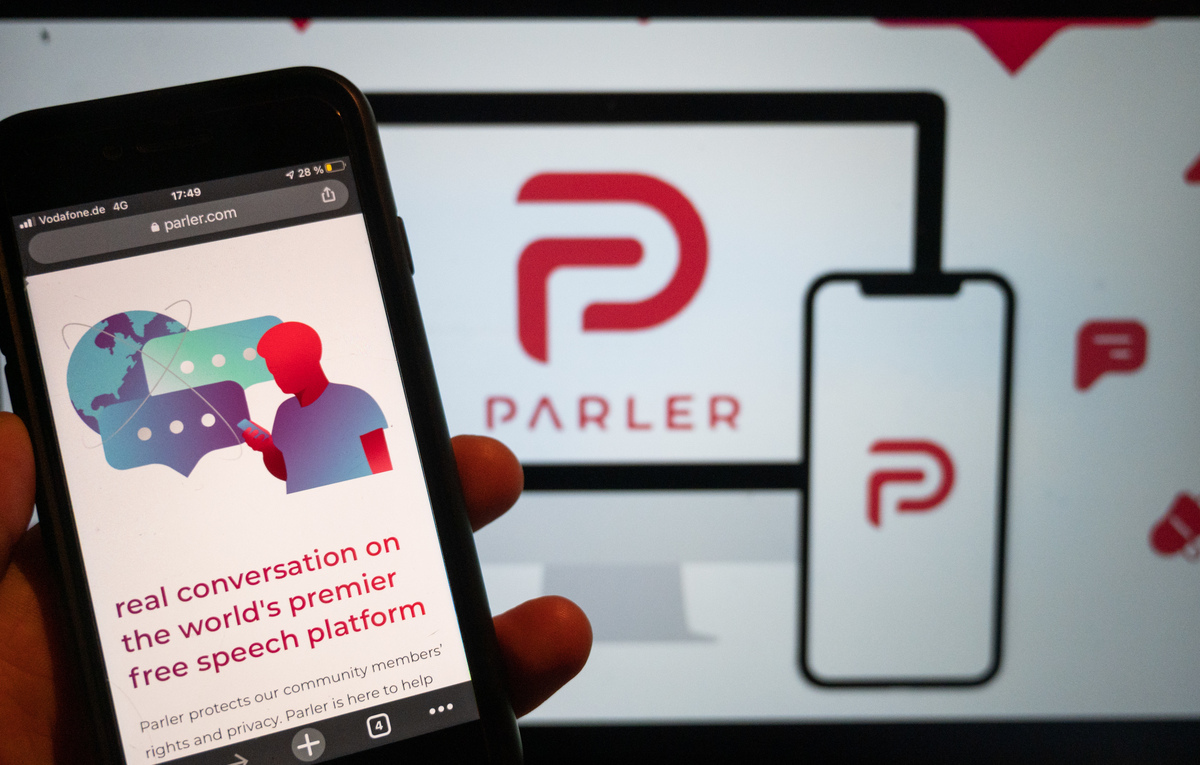 When former Parler CEO John Matze was fired from the company, he was stripped of all of his company shares, according to people familiar with his exit.

The power struggle that led to conservative social media site Parler abruptly firing its founder and CEO John Matze last month became so acrimonious that when Matze was sacked, he was also involuntarily stripped of his entire stake in the company, according to people familiar with Matze’s exit.

In the aftermath of the Jan. 6 attack on the U.S. Capitol, Amazon Web Services, which served as Parler’s web host, knocked it offline, saying it did too little to stop the spread of violent messages. Soon after, Matze became locked in a dispute with Rebekah Mercer, the Republican mega-donor and Parler co-founder, over how the platform should address inflammatory content.

The tug-of-war between the two founders came as Parler’s profile was on the rise, with a valuation approaching $1 billion and more than 12 million users, according to legal documents submitted by lawyers for Parler in a suit against Amazon.

Matze has said that he was pushed out after proposing content restrictions, including a clamp down on domestic terrorists and the baseless, pro-Trump conspiracy theory QAnon. Parler officials dispute Matze’s characterization of his ouster, calling his sequence of events “inaccurate and misleading.”

Matze declined to comment. Mercer did not return multiple requests for comment. Parler did not respond to questions about Matze’s firing.

While ugly battles over an outgoing executive’s severance package aren’t rare, legal experts say a CEO losing all equity upon a sudden ouster is unusual.

“This is not typical. He probably has something to fight about,” said lawyer Michael Stebbins with the Silicon Valley Law Group. “This could have been done under the imprimatur of legitimacy but they may have breached their fiduciary duty.”

Parler is a right-wing-friendly alternative to Twitter founded in 2018 by Matze and Jared Thomson in Henderson, Nevada. Mercer, the daughter of hardline conservative billionaire Robert Mercer, became Parler’s chief financier. The Mercers have also funded Cambridge Analytica and Breitbart.

A disclosure filed in January as part of Parler’s federal suit with Amazon Web Services listed Matze and Mercer as company members.

In an interview with FOX Business, Meckler took swings at Amazon, along with Apple and Google, which had blocked downloads of Parler from their app stores. He said Big Tech was lashing out against Parler because it is a competitor.

“This is a broad conspiracy to silence free speech,” Meckler said. “They intended to wipe us from the face of the earth, but we’re back. We’re strong.”

Parler recently announced it had found a way back online, with the assistance of a little-known Los Angeles-area web infrastructure company known as SkySilk.

People familiar with Parler say after Matze’s ouster, Mercer has assumed a greater role in shaping the next chapter of the alternative social network.

Mercer was instrumental in helping to elect former President Donald Trump in 2016. She agreed to invest in Parler as a “neutral platform for free speech” and a conservative answer to the dominant social media platforms Facebook and Twitter. Yet those with knowledge say she had mostly stayed out of company decisions and discussions while Matze was at the helm.

On Tuesday, Parler’s new legal team filed a breach of contract and defamation lawsuit in Washington State court against Amazon and AWS. It comes after Parler suffered a defeat in its first lawsuit in federal court that asking a court to force Amazon to reinstate Parler. Lawyers for Parler late Tuesday dropped its federal suit.

In state court, meanwhile, its new suit claims Amazon shut Parler down after seeing the upstart as a competitive threat, particularly, the suit alleges, after Trump was de-platformed from Facebook and Twitter.

“The true reason why AWS decided to suspend and/or terminate its contract with Parler was not because of any alleged breach of the contract, but because AWS did not want Parler to be able to provide a new platform to conservative voices, including Donald Trump, or to compete effectively with other microblogging platforms such as Twitter,” wrote Parler attorney Angelo Calfo.

The suit took issue with the timing of Parler’s suspension, claiming it happened only after it appeared that Trump might join the site.

Trump never had a presence on Parler, but Buzzfeed reported that the Trump Organization attempted to make Parler Trump’s primary social network, a deal that reportedly was sought along with giving Trump an ownership stake. The deal was never finalized.

Stebbins, the employment lawyer not involved in any Parler litigation, said if Matze goes to court over his termination, the question of whether Mercer had “cause” to fire him will likely be pivotal to the outcome.

“If they can prove something like fraud, moral turpitude, failing to carry out the orders of the board, he may have a hard time,” Stebbins said. “But typically an executive will have some vested stake that can’t be taken away.”

Kristie Prinz, another Silicon Valley employment lawyer, agreed that Matze’s being forced to forfeit his entire stake in Parler is something that deserves legal scrutiny.

“Usually these kind of things are dealt with in a severance negotiation in a way to eliminate future liability,” Prinz said. “Does he have a leg to stand on? He probably does, yes. He likely has a good case to make.”