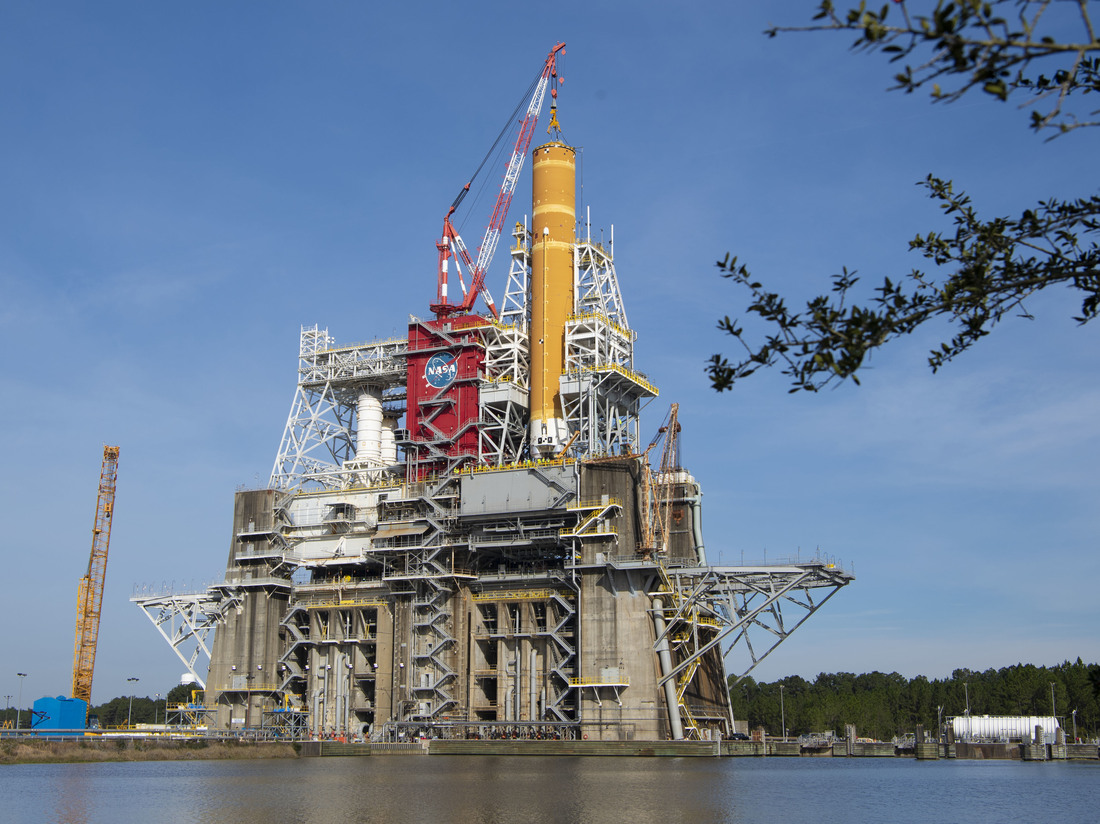 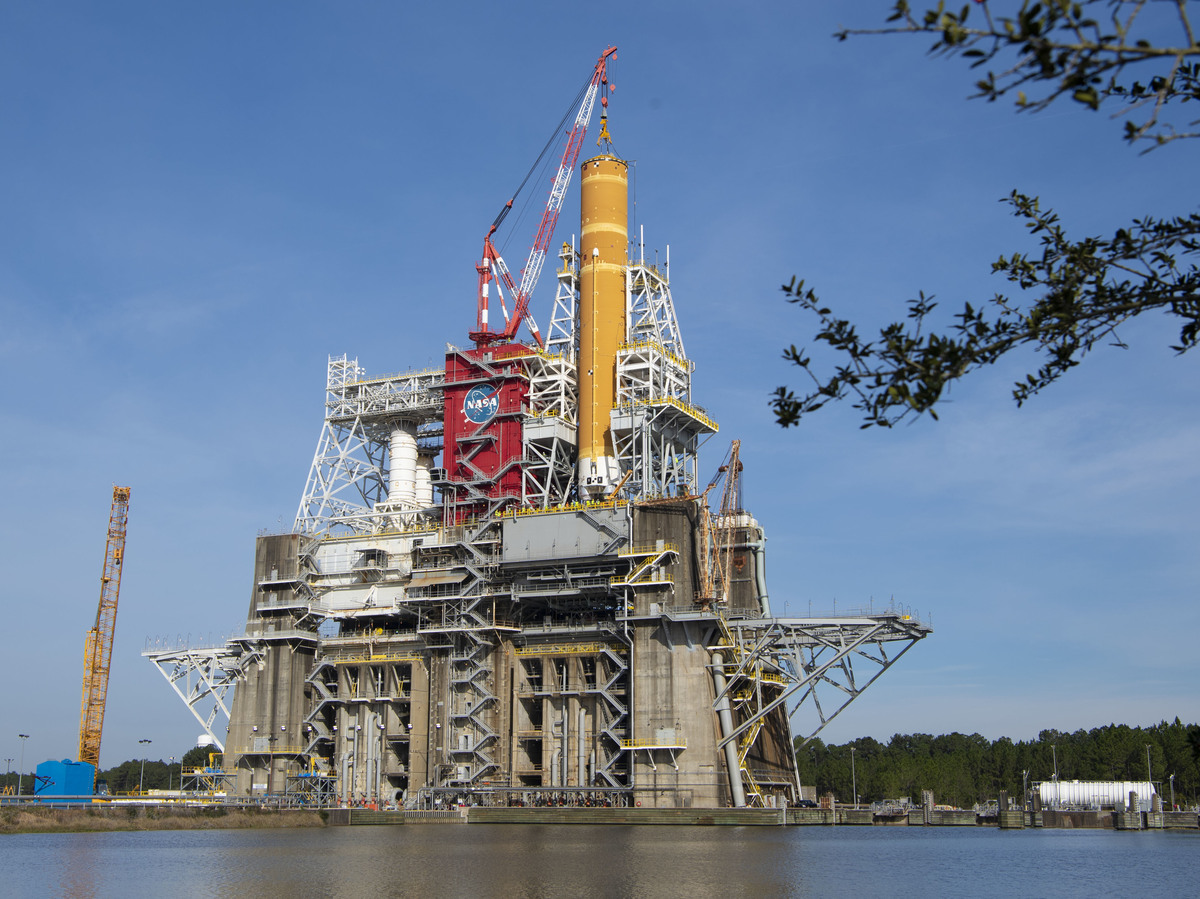 NASA is counting down to what should be the final major test of the massive rocket it is building to put the first woman and the next man on the moon.

More than 700,000 gallons of supercold propellant will fill up the tanks of the 212-foot tall core stage so that it can fire its four engines without actually blasting off. The goal is to simulate what will happen during its first launch, a mission to send a capsule with no crew around the moon and back.

That lunar mission is currently targeted for November, says NASA’s acting administrator Steve Jurczyk, who notes that this rocket “is going to be the most powerful rocket ever developed.”

The window for the rocket test opens on Thursday, March 18, at 3 pm EDT, and the core stage of the rocket is set up at NASA’s Stennis Space Center in Mississippi. In a firing test earlier this year, one of the rocket’s engines had a failure that forced an early shutdown after only 67 seconds.

In a January test, one of the SLS’s rocket’s engines had a failure that forced an early shutdown after just over a minute.

“We can understand exactly what happened in the first test and what cut it short,” says Jurczyk, who explains that one test parameter had been set too narrowly and that’s now been fixed. “Start up on the first test went really well, and so we’re reasonably confident we’re going to have a good test this week.”

The test should last around eight minutes, to simulate the entire flight profile of this rocket stage, he explains, but the minimum of what they’d like to see is around 4 minutes. If all goes well, the rocket will move on to Kennedy Space Center in Florida, where the rest of the launch hardware is already waiting.

Under the Trump administration, the agency had been aiming to get boots on the lunar surface by 2024, which would have been in a second term if the former president had been re-elected. That deadline was a goal that most in the space community felt was unrealistic. These days, NASA admits that there’s no way to get people to the moon that quickly, given the recent appropriations given by Congress.

“That was good support from Congress, but only a fraction of what we requested,” says Jurczyk. “Given that budget challenge we have, we’re taking a look at what is a reasonable timeline for that first crewed mission to the surface of the moon.”

A new target date should come in a few months, he says, adding that the Biden administration has been supportive of the agency’s current strategy of using the moon as a technological proving ground for an eventual human mission to Mars.

NASA has been working on a big new rocket for a return to the moon ever since the agency retired its space shuttles in 2011. Critics say it is way behind schedule and won’t fly often enough to justify its costs; they argue that rockets from commercial spaceflight companies could do the job more cheaply.