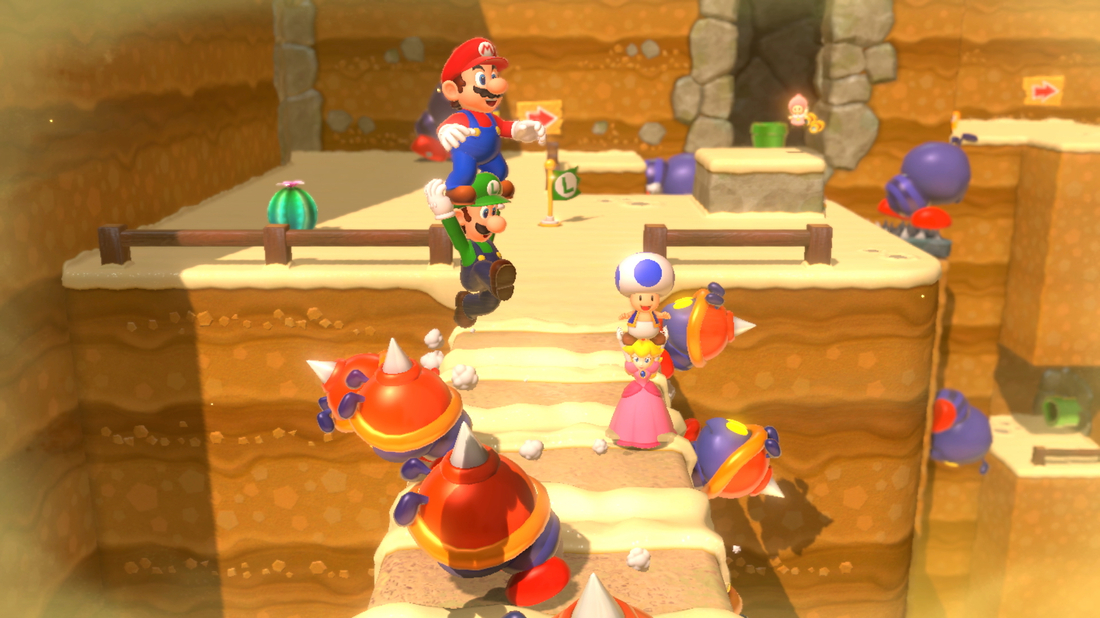 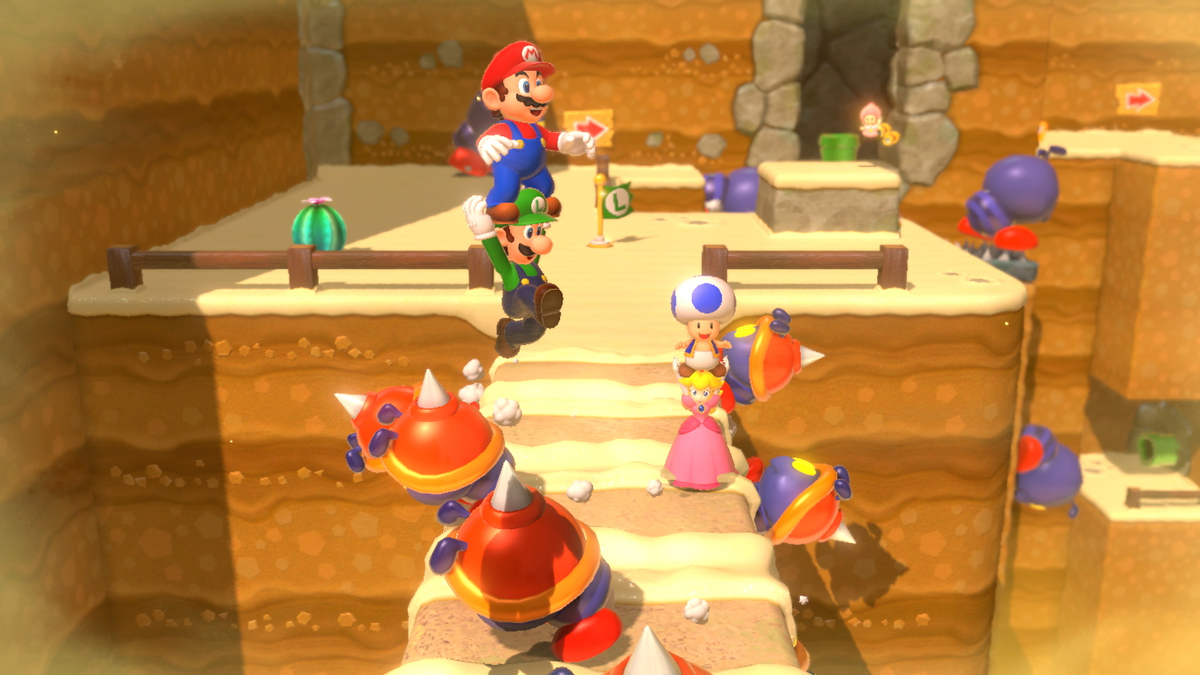 Nintendo’s ill-fated Wii U just wasn’t a popular console — which means there are fantastic Wii U games that most people have never played. Luckily, some of those games are getting a second chance at life on the Nintendo Switch — which a lot more people own, thanks to the pandemic-driven Animal Crossing craze.

I had never played ‘Super Mario 3D World’ before last Friday, and now it’s one of my favorite Mario games — worth it even without ‘Bowser’s Fury’ tacked on.

I had never played Super Mario 3D World before last Friday, and now it’s one of my favorite Mario games — worth it even without Bowser’s Fury tacked on. It sucked me in so completely that I couldn’t tear myself away. Hours went by in minutes, and suddenly it was 3am and I was falling asleep with my Switch on top of me.

SM3DW has the same concept as past Super Mario games. You are dropped at the beginning of a linear world map and unlock new levels as you beat each challenge, eventually making it to World 8 to defeat Bowser and free the Sprixies, fairy-like creatures he rudely kidnapped and put into jars.

While level progression is linear, you can still wander around the world map to find secret levels and minigames that help Mario on his mission. The levels with Captain Toad that appear in every world are the most fun — you venture through an obstacle course filled with collectable stars, but without the ability to jump, so you need to strategize.

When you’re in the levels, you’re roaming freely in beautifully designed environments with up to four players as Mario, Princess Peach, Toad, or Luigi — Rosalina is unlockable later in the game. With the Switch version, you’re now able to do online multiplayer and get some help (or some sabotage) from your friends, though I played it alone and still had an amazing time.

Super Mario 3D World is an easy game. I finished it in about a day. If you get stuck, you have the option to skip feeling frustrated altogether, because you get handed a really overpowered powerup that deflects and destroys any monster or projectile in your path.

So If you want a challenge, the new game Bowser’s Fury will give you that. I was shocked at how difficult it was, especially in the endgame. 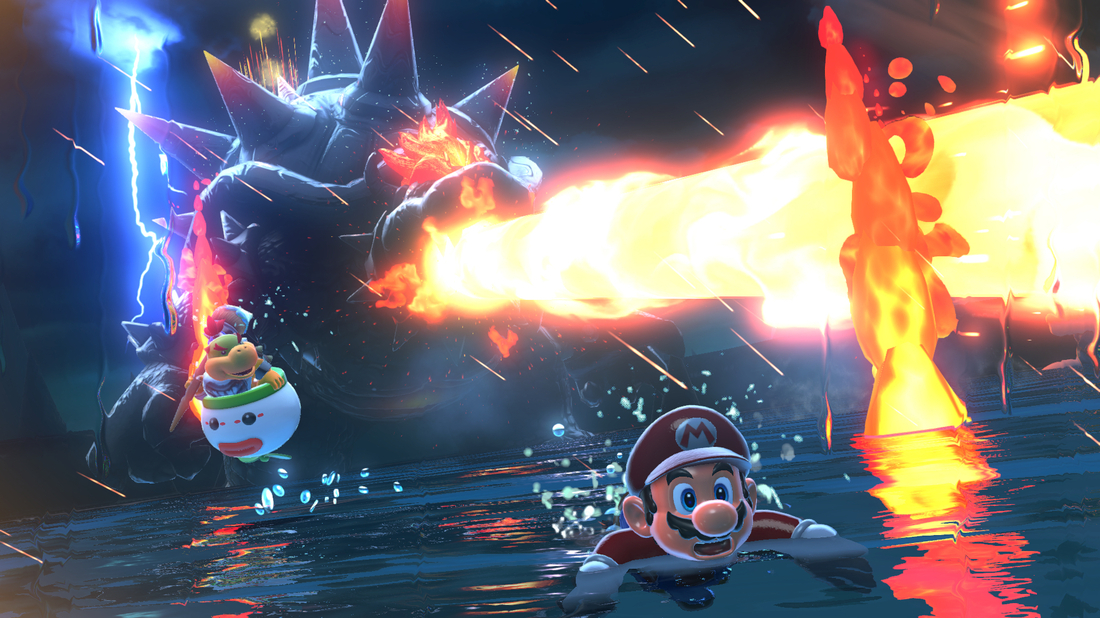 Dodging Bowser’s fiery wrath is one of the hardest tasks in Bowser’s Fury. 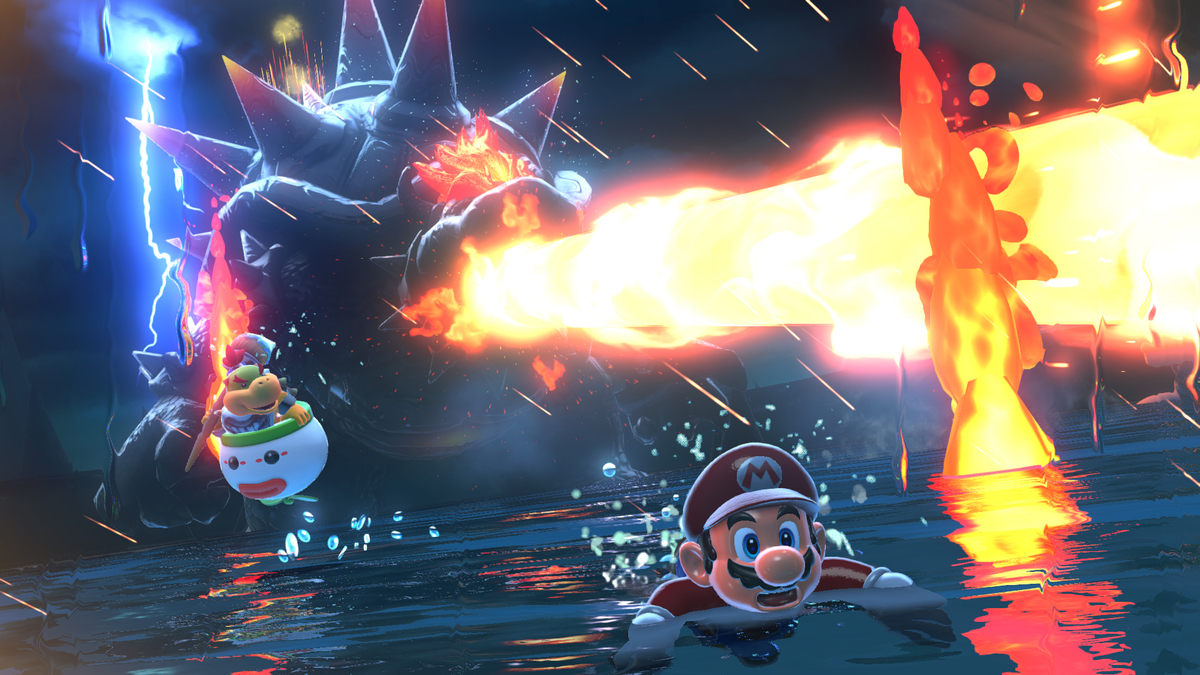 Dodging Bowser’s fiery wrath is one of the hardest tasks in Bowser’s Fury.

In Bowser’s Fury, Bowser is well … furious. You spend the game accompanied by his son Bowser Jr. in yet another beautiful open world, this one made up of different islands filled with challenges — and cats. I mean it. Everything in the game is a cat: the bushes, trees, monsters. It’s adorable. Instead of stars, you collect Cat Shines that light up lighthouses around the map.

What’s not adorable is the way Bowser terrorizes you for the entire game. Unlike other Mario games where Bowser is a threat located only in a castle you choose to go into, here he’s a threat that randomly appears at any time during your adventure. You’re able to roam the islands and complete challenges peacefully for only a few minutes at a time, then a gigantic Bowser will chase you and try to kill you with fireballs and flame breath. And unless Mario has enough Cat Shines to unlock a boss fight with Bowser, you need to hide behind structures to block a few of his targeted attacks and wait for him to go away again.

One big problem with the game is the camera angles in those boss fights. It sometimes felt like getting the camera in the right position to see Bowser’s attacks was a bigger battle than the actual fighting.

Unlike Super Mario 3D World, Bowser’s Fury is only for 1-2 players. One person plays as Mario and the other person supports them as Bowser Jr. It’s only available for local multiplayer, but I wouldn’t recommend playing that way unless the second person is fine with only doing really simple, boring tasks to support Mario — it’s a lot like the multiplayer in Mario Odyssey (which I also didn’t like, for the same reason).

This game will really have you on edge at the beginning. It was intimidating for me at first, because I crack under pressure! Then you relax and it becomes easier as you learn how to deal with Bowser. After that, he’s more of a constant nuisance than a threat because he pops up way too frequently.

But at the end of the game avoiding Bowser stops being easy, and it came with no warning. He gets extra mad that you’re close to beating him and turns into an omnipresent stalker, relentlessly attacking you as you’re scrambling to get the last few Cat Shines required to unlock the final fight.

There are a total of 100 Cat Shines in the game, so 100 different challenges, and it takes 50 to unlock the final battle. And despite a few hitches, I think Bowser’s Fury is a great game, packed with fun puzzles and islands to explore.

If you already have a Switch, Super Mario 3D World: Bowser’s Fury should definitely be added to your collection. You can’t go wrong with two great games in one.

Kaity Kline is a columnist for NPR’s Join the Game and a producer on 1A. She is a native of New Jersey, a lifelong gamer, and a former gaming YouTuber. She tweets at @kaitykline